The Gallery ... it's been almost a week

Upfront admission Most of my blog posts can be quite short .. but please indulge me for this one time. It's not every week you have a gallery of your work up on the walls. Thank You.

Do you set goals, in your life, in your business. Do you set some so ludicrously high that you know deep down, no matter what that really they won't happen.

Well around about 7 days ago I did something I had never dreamed of doing or if I had set it as a goal it may well have been like the one above.

I opened the doors on what was my very first gallery. Over 40 boudoir and contemporary portrait images taken over a period of 3 or so years all on the walls for everyone to see. Some of them 2 foot wide others 3ft tall.

What's even more surprising about this is that all of these pictures were taken just for the people that were in them, and maybe a special friend but not for public display. The fact that all of the Way You Are Wonders that I asked to take part in the gallery all said yes without hesitation was just incredible.

WARNING : Putting a gallery together is a whole lot more work than you can ever imagine ...

Not only does it take an absolute monumental effort to select, print and frame the images, along with organising invites, publicity, catering, goodie bag etc etc it just drains you. So if you think, wellll if he can do it then so can I. Just make sure you have a lot of little helpers.

So how do you go about putting on a gallery. It seems that the first thing to do is to share the idea with a powerhouse event organizer. One that a bit like a Jack Russell just doesn't let go. Enter Stephanie Buck of Stephanie Buck Events.

We met a little earlier this year. I discussed The Way You Are with her and showed her some pics. She fell in love with the idea immediately. I said "Someone once said I should have a gallery of this stuff, it's quite good" ... I saw her 4 weeks later and she had proposals, venues, caterers all in a lovely document.

You could say she had me at Hello ...

Anyways it's all very well saying you will have a gallery but then you actually have to approach those women you want to put on the wall. The women whose pictures you took for them and them alone ( and maybe a few close friends ) women who you hope trust you.

So I wrote a mail, explained what was going to happen, 100% of them said Yes ... so I sent them a short list of pictures to approve but didn't tell them exactly which ones I was going to use.

Shortly after that I sent the best part of 50 pictures to be printed at either 2ft tall or 3ft tall. Don't know about you but I've never seen my work that big.

Or more appropriately Stories so we knew from the outset that this was more than just hanging pictures on walls for people to Oh and Ah at. I wanted people to understand the effect that having a boudoir session can have on you. The best way I could think of doing that was to ask the ladies on the walls to share there stories. Some of these are deeply personal and until now quite private. Once again the Way You Are Wonders came through with there own words to tell about how they felt about themselves and their pictures before, during and after.

The day of the Gallery of Stories

WARNING : It takes time to hang 40 odd picture frames, especially when you only have one hammer and one set of steps.

This however is the moment the first nail went in the wall.

One one hand you think Oh this is fab, on the other you think Oh we'll be done in an hour and then we can stop for lunch.

How little we knew. Almost 6 hours later, the job was done. We quite literally got the last picture on the wall with 15 mins to spare.

And then the doors open and the guests arrive. Now you've sold tickets, bigged it up, even promised them beer or prosecco .. but you still fear they won't come... but they did nearly all of them. Infact all but a few that called in the day to explain why came.

That makes it all worth while.

If you were there leave me a comment about what you thought about it below I'd love to know what you think of the stories and the pictures.

If you have to be deluded then have delusions of grandeur ...

Quite honestly never in a million years did I ever think I'd even have one picture on a wall in a gallery let alone a whole exhibition of my own. When the dust settles a little more and I've had time to think I'll let you know some more but as Bono and co once sang

Dream of the world you want to live in, and dream out loud 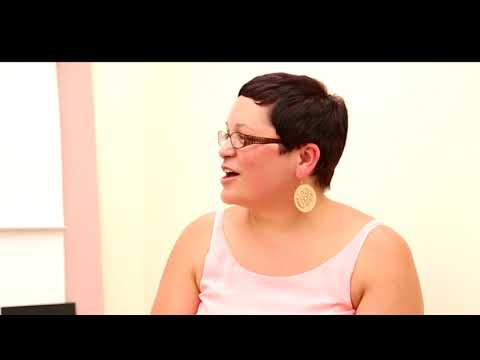